Khan I get a new deal… please Shahid Khan, a Pakistani-born American business man, recently acquired the Jacksonville Jaguars from previous owner Wayne Weaver for a modest $780 Million. After unanimous approval by all 31 owners of rival NFL teams, the deal settled on January 4, 2012.

Khan is also the first ethic minority to own an NFL team; which in itself is very impressive. However, the Jaguars have struggled since the franchise was created amid the 1995 NFL expansion. Now the team might be facing one its biggest hurdles; their star player, running back Maurice Jones Drew (MJD) is holding out and demanding a more lucrative contract.

Two years ago MJD signed a four year extension with the Jaguars, making him one of the highest payed running backs in the NFL. Holding out now is in violation of the contract terms MJD signed. Khan believes MJD, by putting pen to paper and signing of free will, should honor the extension he signed.

To understand more about Khan, lets take a quick look at his history.

Khan moved to the United States at age 16, worked a dish washing job for $1.20 an hour, and paid $2.00 a night to live at a local YMCA. Khan attended the University of Illinois, pursuing a Bachelors of Science. To support himself through college, Khan worked for an auto parts supply company called Flex-N-Gate. Upon graduating in 1971 he was made Director of Engineering at Flex-N-Gate, but in 1978 branched out and started his own company, Bumper Works.

By 1980, Khan purchased his former employer Flex-N-Gate, merged it with Bumper Works, and began dominating the auto parts supply business. In just a few years Khan’s company was supplying the big three automakers, and by 1989 he was the sole supplier for Toyota. Very impressive resume. Khan is an engineer at heart, with the vision and drive to shape his world as he sees fit.

So how might his unique background and experience aid him in this contract dispute?

Maurice Jones Drew is on track to make around $4.5 million this year, and $4.95 million in 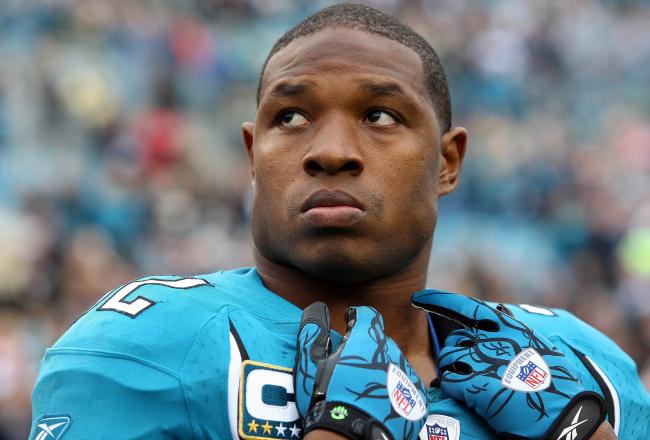 2013. For a “top 3” running back since the time he joined the league, these income figures represent a below market deal for MJD. He now believes he is owed a better deal, and will have to impress this belief upon both the new Jaguars head coach and owner. In an uphill battle for MJD, star running backs are a dying breed being supplemented by “running back committees”–built on the philosophy of sharing carries between two or three backs not considered “every down” running backs.

MJD has no leverage in this circumstance, and each day he continues to holdout he is fined $30,000 (more than $10 million on an annual basis). However, people close to him say he has “saved his money”, and does not need to return to football for financial reasons. Making matters worse for MJD, the Jaguars’ running back committee is already filled with strong players, rendering MJD’s holdout play ineffective at best.

Here’s the irony behind the situation. MJD is trying to convince his new boss that he is the team’s answer, that he will fill stadium seats, and that he has carried the team on his back for several years, and will continue to do so. But Khan, an engineer, a man with a gifted and mechanical mind, already has a plan in mind for the team’s success.

Now ask yourself how an engineer sees the world, or business, for that matter. He views this football franchise as a machine; the players are all moving parts and they have to be working together in order to achieve success in the NFL. When a part in the machine stops working or becomes defective, an engineer isn’t going spend his time trying to repair that piece, he’s going to replace it, improve the efficiency, and move forward.

In much the same manner, Khan does not and will not get emotional over any one player in his organization. Khan isn’t some rich kid who bought a football team for fun. He is a visionary and saw an opportunity to resurrect a dwindling franchise. Khan may respect MJD, but if MJD thinks he can bend the will of his new boss by violating his contract terms, well he better read this article! Khan is a man who signed a deal with NFL commissioner Roger Goodell, giving away one home game per year to play in London! That’s a forfeiture of 1/8 of his season home games, 1/8 of his ticket sales, 1/8 of concession sales, and 1/8 of his potential profits–just poof, gone. But was this a bad business plan? … I don’t think so. This move will open the doors in getting the Jaguars on nationally televised games, whether it be Thursday Night or Monday Night Football. This move also gets the Jaguars out of the deep south and onto the international scene. Khan has the vision to develop this franchise into one of the NFL’s élite; he wants his Jaguars to be in the spotlight, and he knew he would have to take a big swing to get them there.

I believe Shahid Khan is one of the most interesting and impressive new owners in the NFL, a breath of fresh air in the old boys club. I salute you sir and wish you and your franchise all the success in the world!