According to a private source close to China’s largest gold producer, China National Gold Group, that group is looking at investing in Robert Friedland’s Ivanhoe Mines (IVN:TSX).  The source claims the state-owned China National Gold is interested in acquiring a stake in Ivanhoe’s Platreef project.  The Platreef project is a thick, high-grade Flatreef platinum-palladium-gold-nickel-copper-rhodium deposit in South Africa.  The project hosts 28.5Moz of 4PE at an average grade of 4.1g/t in Indicated resources with an additional 47.2Moz of 4PE at 3.5g/t gold in the Inferred category.  The project is highly unique in that its average thickness is 24m using a 2g/t 4PE cut-off.

The source also claims that the Chinese group has looked at Ivanhoe’s other world-class assets including the Kamoa project in the DRC, but claims they are more interested in investing in stable countries such as South Africa.  The group may also look at buying a stake in Ivanhoe, the public company, itself.  No terms have been finalized.

The group values IVN’s massive Platreef platinum project in South Africa at $1 billion, according to the source.  Ivanhoe owns 90% of the Platreef project after selling a 10% stake in the project to a consortium of Japanese companies including Itochu Corp.  That group valued Platreef at $2.9 billion (based on their purchase of 10% for $290 million).  A RBC analyst puts the value closer to $1.7 billion.

Since its inception 19 years ago, Ivanhoe (formerly Ivanplats) raised $255 million privately and eventually led the largest Canadian mining IPO in 2012 by raising a total of $493 million.

Ivanhoe shares declined with the tide of resource shares this past year and are down over 50% from their 52 week high of $5.50 per share.  Since July, shares have recovered from a low of $1.29 to close at $2.46 today. 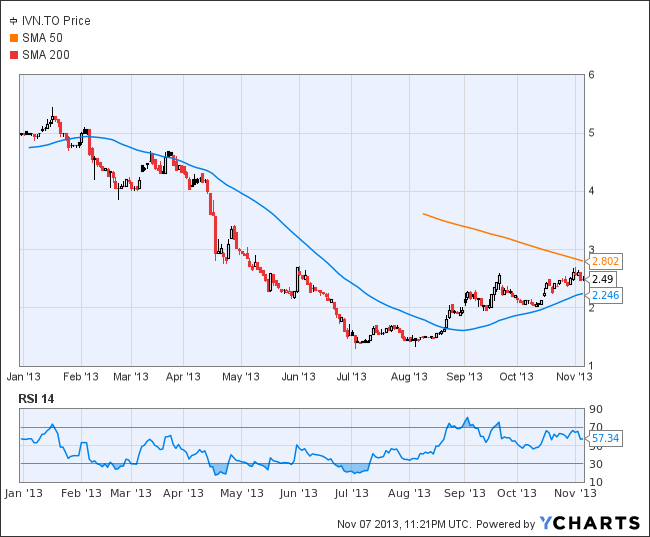 China National Gold is clearly interested in Africa and was in talks late last year to acquire a majority stake in African Barrick Gold which would have been the largest gold-company takeover by a Chinese company.  Those talks ended in January of this year with no deal being inked.