Enrique Pena Nieto has made oil and gas reform in Mexico the cornerstone of his Presidency (Credit: Reuters/Henry Romero)

On Monday, the Mexican senate approved a draft energy bill which would allow, for the first time in 75 years, private foreign investment into the oil and gas sector in their country.  Mexico is the number 10 global oil producer and has been controlled by the state-owned oil company, Petroleos Mexicanos (Pemex).  That state-run entity has seen crude oil production decline for eight straight years despite having access to, what some estimate, as the largest oil and gas reservoirs outside of the Arctic Circle.  This proposed bill will allow foreign companies to have more control over oil production in production-sharing contracts (PSC’s) whereby the foreign companies can book oil reserves on their balance sheets and therefore, finance exploration and development against them.

The oil reforms have become the cornerstone of President Nieto’s administration and far over shadowed any initiatives in metals and mining.  This could pave the way for large-scale foreign investment into Mexico’s oil fields.  Not only will this boost the Mexican economy, but it will also provide huge upside in understood yet underexplored oil and gas reservoirs for major oil companies and their joint venture partners.  Depending on the reforms, you could also see smaller companies form in order to leverage their expertise and ability to acquire smaller blocks, but this could take some time.

Senate Committee members from the PRI and PAN parties passed the joint bill 24-9.  Some opponents are concerned that major US and European oil and gas super majors will takeover the fields and Mexicans will get the short end of the stick.  However, Pemex’s production has fallen for eight straight years, according to Bloomberg and is in desperate need of both expertise and capital.

According to Pemex, Mexico has shale-gas reserves in excess of 460 trillion cubic feet which is predominantly where the state-owned oil company needs capital and expertise from foreign companies.  Extracting shale-gas is a technologically advanced and capital intensive undertaking which the integrated super majors have become global experts in.

Pemex was created in 1938 after President Lazaro Cardenas nationalized assets from companies that would later become ExxonMobil and Royal Dutch Shell Plc.  Both of those companies have expressed interest in participating in the newly opened market.  From talking to a few sources in Mexico, it appears the production-sharing contract route will be the only route that will get passed as anything less would not represent enough of a market-style option to warrant the investment needed to create energy independence for Mexico.

In a recent interview by Bloomberg with Pemex’s CEO, Emilio Lozoya, he claims that his company is prepared for increased competition from the opening of the oil markets and will allow them to grow production much faster.  He goes further to state that Mexico has undergone more fiscal and legislative reforms in the last ten months than have occurred in that country over the last ten years.  Interestingly, his company will be listing some assets in independently listed vehicles such as investment trusts as early as the first quarter of 2014, according to Pemex. 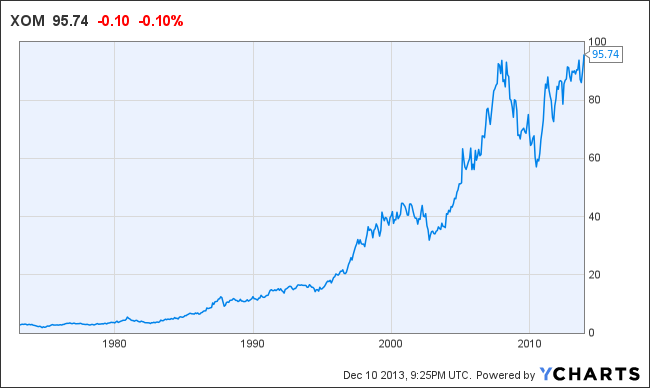