CRITICAL UPDATE: Allied Nevada has called into question the credibility of the offer from China Gold Stone Development… 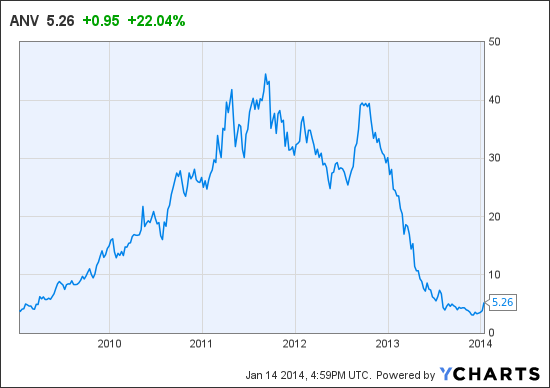 China Gold Stone Mining Developments Ltd., which owns three gold mines in China, began a tender offer for all of Allied Nevada’s outstanding shares for $7.50 per share in cash.

Allied Nevada is a gold and silver producer focused on Nevada. The company operates the Hycroft mine which targeted 200,000 ounces of gold production and 1 million ounces of silver production in 2013, among other assets.

China Gold Stone Mining Development Limited has been working with China National Gold Corp. to invest in global mining markets, according to a press release.

Dennis Gartman, editor of the popular Gartman Letter, commented Tuesday, “Adding to our growing interest in gold was the news yesterday that Goldcorp offered to buy Osisko Mining for $2.6 billion in cash and stock. The offer was… and is… unsolicited and if consummated will make Goldcorp the biggest gold producer in Quebec and one of the biggest in Canada. The bid was at a 15% premium to Friday’s closing price for Osisko Mining and from our perspective is further evidence of the relative “cheapness” of gold and the even greater relative “cheapness” of gold mining shares. This is, we believe, the first important consolidation in the gold mining industry in quite some very long while and like the closing of Sprott and Company announced some weeks ago is the sort of news that comes at market bottoms, not market tops.”