After announcing a victorious proxy vote in late January which saw a dissident group of shareholders led by FrontFour Capital lose in their battle to take control of Renegade Petroleum (RPL:TSXV), the company has now decided to merge with Alexander Energy (ALX:TSXV).  Renegade drew the attention of the activist shareholder after management announced plans to put the company on the block under ‘strategic review’.

Under the terms of the agreement, Alexander will acquire all of the outstanding shares of Renegade in an exchange ratio of 2.25:1.  Based on Alexander’s 5-day VWAP, the transaction values Renegade shares at a 65% premium to their 5-day VWAP, or $1.55 per share.  The transaction value Renegade at $336 million (exclusive of debt).  Renegade shares were up 23% to $1.23 per share on over 22 million shares at the time of writing.  Shares of Alexander were down 13% to $0.62 per share.

“This transaction will establish a significant presence for Alexander in southeast Saskatchewan and will position the company for continued growth and success. This is the second high quality acquisition since the recapitalization of Alexander just two months ago, and a key strategic step in our growth towards becoming an oil-focused intermediate producer in the coming years.” said Rick McHardy, President and CEO of Alexander.

In an October update to Renegade shareholders, FrontFour Capital said: “The price per share of Renegade implied by the Acquisitions (compared an unnamed transaction to Renegade’s value) is $1.43 to $3.88 depending on the respective metric utilized.”

Alexander currently produces roughly 750boe/d versus Renegade’s target of 5,700-5,900 boe/d in 2014.  According to analysts, Renegade has a reserve life index of 11.8 years.  Alexander is acquiring Renegade at roughly $65,000 per flowing barrel and is in line with what FrontFour Capital envisioned when they began their activism.

Andrew Greenslade, Interim CEO of Renegade, added, “Alexander brings a proven management team with a track record of value creation for shareholders. We are proud of the high quality assets that our team has put together and is contributing to the Transaction. The combined company represents an exciting opportunity for Renegade Shareholders to retain their exposure to the upside inherent in these assets, and participate in a larger, more liquid, light oil focused entity with a substantial platform for growth.”

The combined entity will have $108 million debt drawn against $258 million and will hold 22.74MMboe in 2P reserves.  The company will be producing high netback wells with an average of $52.25 per barrel.  Combined production will be north of 6,150boe/d.

Alexander will roll the shares back 4:1 and be renamed Spartan Energy. 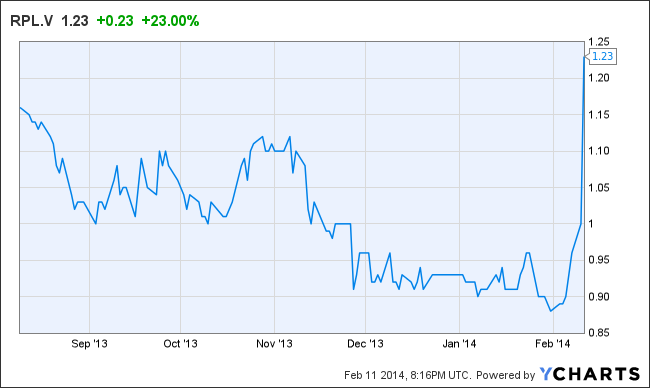