Boilers like these are used for generating steam in the SAGD process (Photo: Handout/ Cenovus Energy)

The Lundin Group’s heavy-oil producer, Blackpearl Resources (PXX:TSX) announced this morning that it would be raising $70 million in a bought deal financing being led by First Energy Capital.  The company will issue 26.5 million common shares at $2.65 per share for gross proceeds of $70,225,000.  Additionally, the company intends to raise another $10 million in a private placement (also at $2.65 per share).  The price represents only a 3% discount to yesterdays close of $2.74 per share.

BlackPearl  also announce that their banking syndicate, led by Alberta Treasury Branches, agreed to increase their credit facilities from $115 million to $150 million.

In June of last year, the company announced its management and board had elected to develop the 12,000 barrel per day SAGD (steam assisted gravity drainage) operation at Onion Lake.  This upgrade would cost between $300-$350 million but would more than double their current production.

Blackpearl also has another $750-$800 million in capex on its first phase of the Blackrod project.  They originally thought it would come first, but given the current state of the capital markets, the lower capital intensity project seems to have received the greenlight first.  Phase 1 of Blackrod will increase production by 20,000 barrels per day and would eventually produce over 80,000 barrels per day.

Blackpearl is coming off a strong third quarter which saw record cash flow from operations of $32.6 million which was a 57% increase year-over-year. 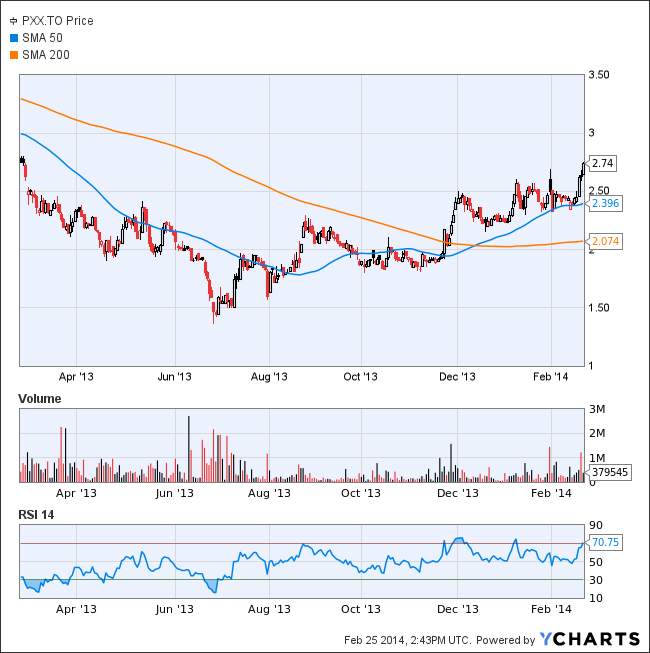