Robert Friedland’s Ivanhoe Mines has commenced drilling underground at the historic Kipushi Mine in the D.R. Congo some 1225 meters below surface and less than 1 kilometer from the Zambia border.

Kipushi was one of the world’s richest copper, zinc, germanium and precious metals mines from 1924 until 1993; it was flooded in 2011.

Ivanhoe acquired a 68% interest that year and has de-watered the mine since to the 1267 meters level where drilling has commenced to confirm historical resources and hopefully expand the Big Zinc deposit.

Big Zinc is an ultra high grade zinc portion of the Kipushi deposit which has never seen modern exploration work.

100 holes will be drilled from three rigs for a total of approximately 20,000 meters.

MSA Group, of Gauteng, South Africa, will prepare a current estimate of the Big Zinc resources to CIM standards following completion of the drill program.

We visited Kipushi earlier this month with Ivanhoe’s senior management team. Executive Chairman Robert Friedland was very excited about the potential to grow the Big Zinc as well as find high grade copper underground at Kipushi, which is currently served by five shafts and extensive underground development. Friedland was also enthusiastic about the potential for precious metals and germanium.

In today’s press release Mr. Friedland commented, “This is a major advance toward our goal of returning Kipushi, formerly one of the world’s highest-grade copper and zinc mines, to full production.”

Related: On an African dog and pony show with mining mogul Robert Friedland 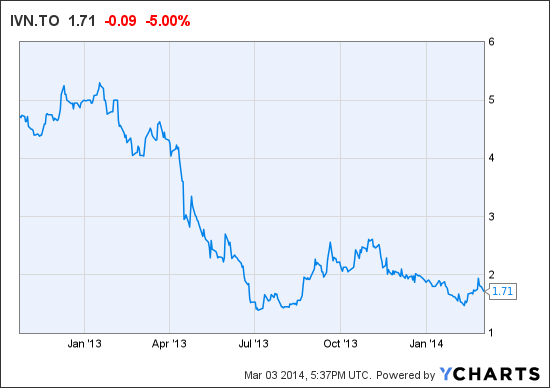 Disclaimer: We have a financial interest in Ivanhoe Mines and this is not investment advice. Do your own due diligence.