POSTED ON May 23, 2014 BY Travis McPherson
CATEGORY Stories, Below is an article published by Reuters.  Note, the only junior with significant leverage to the Vaca Muerta is Madalena Energy (MVN:TSX).  Americas Petrogas also has interests there, but the company is under strategic review, meaning they are on the selling block.  Madalena has a market cap of $250 million and holds over 132,000 net acres across 3 blocks in the Neuquén Basin.

Land in this up and coming world-class basin is expensive.  Recent transactions including Chevron, Total, Wintershall and YPF have seen land values of between $7,000 to over $10,000 per acre.  Based on the low end of this metric, Madalena's land on its own is worth close to $1 billion.

The company also has valuable domestic land in the Ostracod, Nordegg, Wilrich, Duvernay and Viking plays. 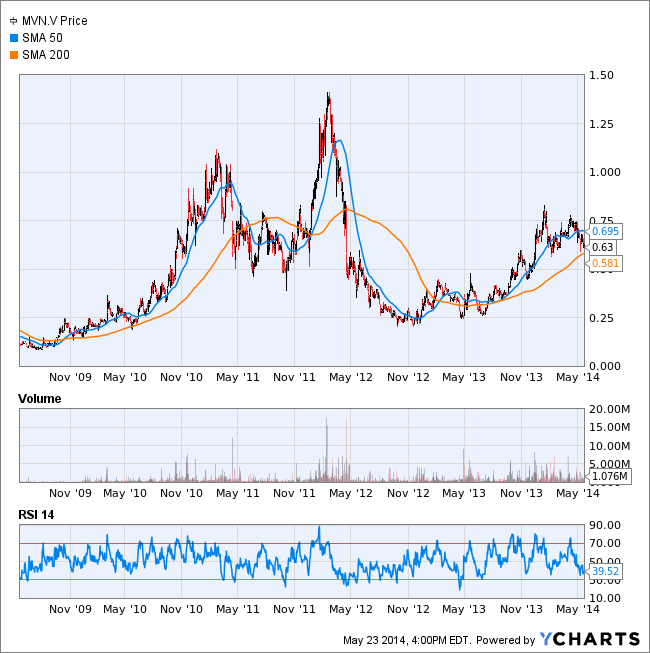 May 22 (Reuters) - Argentina has won the "geological lottery" with its 1,000-foot-thick Vaca Muerta shale oil and gas field in Patagonia, a spokesman for Chevron said on Thursday, as the U.S. energy giant increases its investments in the country.

"The shale play in Argentina is unique because of the rock. Its thickness. Argentina has kind of won the geological lottery," Chevron spokesman Kent Robertson told Reuters on Thursday during a trip to Argentina's capital, Buenos Aires.

"But Vaca Muerta is like one big cake, 1,000 feet (305 meters) thick in places, which means one well can be much more productive," Robertson said.

Some studies indicate Argentina is sitting atop a shale bounty that could transform the outlook for the Western Hemisphere's supply and secure the South American country's  energy self-sufficiency for decades.

"What we've seen with YPF has been positive so far. Their per-well costs are coming down," Robertson added. "And the provincial governments in the area of Vaca Muerta understand oil development. They support it. So that's one less barrier."

Many communities object to hydraulic fracturing, also known as fracking, by which water, sand and chemicals are injected deep into shale fields to unlock hydrocarbons.

Most big energy companies have struggled with the shale sector so far. Chevron will hold its annual shareholder meeting next week in Midland, Texas, in part to highlight its renewed interest in the Permian Basin in western Texas.

Huge shale reserves exist around the world, but they are often found in areas without good geological data, exploration and services companies, public support, pipeline infrastructure and the sufficient scale to make a success of drilling.

"One of the unique things about Vaca Muerta from an international perspective is that it is in an area where you've already got oil industry activity," Robertson said.

"There is already an established oil industry in the region where the shale is. You've got service companies, you've got pipelines and infrastructure," he added. "You've got existing assets that do not need to be recreated. Plus you've also got a head start in that you have knowledge of the rocks."

Asked what was the key reason behind Chevron's decision to increase its investment in Vaca Muerta, Robertson answered: "We like the rock. That's first and foremost. Drilling costs are coming down and the well results so far were sufficient to warrant additional investment."  (Additional reporting by Ernest Scheyder in New York; Editing by Paul Simao)