Pretium Proves Brucejack Will be a Mine Mr. Quartermain was the founder of Silver Standard and grew that company from $2 million to $1.9 billion (Photo: Pretium Resources Inc.)

As of today, the non-believers of Robert Quartermain’s Brucejack project have been proven wrong.

Pretium Resources (PVG:TSX), which is developing the Brucejack project, released an updated feasibility study on the project late yesterday which showed strong economics and viability even at low gold prices.  Since their last feasibility study in mid-2013, the company drilled underground in greater density trying to understand the complex geology better in order to show that mining the super high-grade, but narrow veins would be economic.

The company decreased the mine life to 18 years (from 22 years), but kept the throughput consistent at 2.700tpd and also increased the total mined ounces to 7.26 million from 7.1 million.

“Brucejack will be a high-grade, low-cost producer with average annual production of over 500,000 ounces of gold in the first eight years,” said President and CEO Robert Quartermain. “Even in an uncertain gold price environment, Brucejack can deliver high margins, and from a safe jurisdiction.” Despite the bumpy ride investors have had with this story over the past year, this updated feasibility study should prove to investors that this project is real and that the grades indicated in the resource estimates are consistent with those that will be mined.  In terms of size and grade, Brucejack remains one of the best projects on the market today. 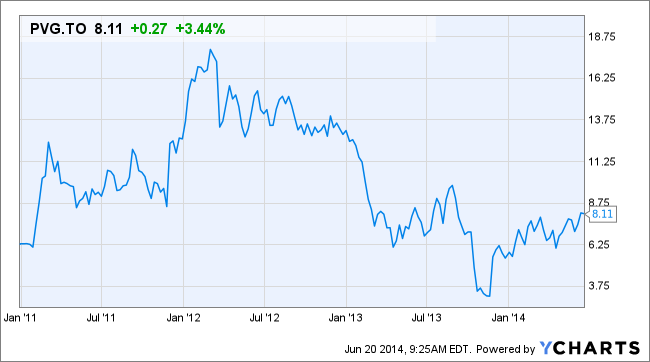 Now that Pretium’s management feels confident in the project’s economics, they now turn to the permitting phase.  The timeline for this is as follows:

In the province of BC, both the Federal and Provincial environmental permits are required for the construction and development of a project.

In the release, Pretium’s management also indicated they would begin evaluating financing options for the robust project in Q3/14 with the anticipated start of commercial production in 2017 (a pushback from the previously thought 2016 start-date).

February 17, 2014
On an African dog and pony show with mining mogul Robert Friedland