It has been over a month since the market heard operational news out from Africa Oil (AOI:TSX).  This morning, investors received a nice surprise in the form of a new gas discovery on the company’s Block 9 in Kenya.  In an upper gas interval in the Sala-1 well, the company tested 6 million cubic feet per day of dry gas from a 25m net pay interval.  The interval had net reservoir sand of over 125m.   Management plans to test up-dip in the next phase to determine what gas exists above the gas-water contact.

There were also oil shows in the well with a small amount recovered during testing which the company believes may source down-dip on the structure.

The Sala-1 drilled a large 80-square-kilometre anti-clinal feature along the northern basin-bounding fault in the Cretaceous Anza graben and encountered several sandstone intervals which had oil and gas shows. The well was drilled to a total depth of 3,030m and three zones of interest were identified over a 1,000m gross interval which were subsequently drill stem tested.

The partners (Marathon and Africa Oil) are in discussions with the Kenyan authorities over an appraisal program that could include an up-dip location to confirm the extent of the gas zones tested where the full, 125m net sand interval can be intersected above the gas-water contact.

They are also considering a well to test the same age zones as in their Ndovu-1 well which has oil and gas shows.

Block 9 is operated on a 50% basis by Africa Oil and partner Marathon Oil which holds the remaining 50%. The company may also look to test the very large Bogal structure which covers an area of 200 square kms and could hold over 1.8 trillion cubic feet of gas, according to an independent third party resource estimate.

Africa Oil CEO Keith Hill stated: “We have a number of leads along this basin-bounding fault and additional seismic data is being considered. We continue to have a very active exploration and appraisal program in both Kenya and Ethiopia and have made significant progress in moving the South Turkana pipeline and development program forward in co-operation with the Kenyan government.”

Gas in Kenya is potentially very strategic for the country.  The Kenyan government launched its Power to transform Kenya campaign which has the stated goal of increasing their power capacity by 5,000MW by 2016.  As a result, a domestic gas discovery, like the one on Block 9, could be part of that capacity expansion.  Africa Oil’s management are in discussions with power companies and the government to potentially fast-track a gas-to-power project.

The company also provided an update on other operations in Kenya and Ethipoia which include the completion of Ngamia-2 which was drilled 1.7km from the Ngamia-1 well and which has high quality reservoirs with 200m of net reservoir sands and good permeability.  The well has been suspended for testing which has already begun.

Over a 12 year period, the Lundin Group oil companies which included Tanganyika and Valkyries (both sold for $1.9 billion and $750 million, respectively) have increased the value of the companies from a combined $128 million to over $15 billion.

Africa Oil is funded through until mid-2015 thanks to a $450 million equity raise done in October. Shares are currently trading 8% below that $8.25 per share issue price despite having seven rigs and being owned by the Lundin Family which has returned an average of 39x to investors in their oil plays: 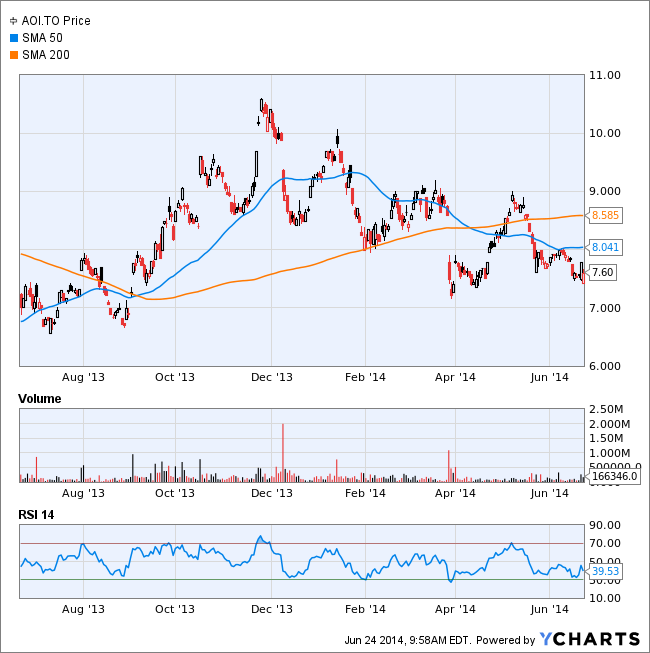