After announcing an oil discovery at the Shpirag-2, which had initial flow rates of 1,500 to 2,200 barrels of oil equivalent per day (boe/d), Petromanas (PMI:TSXV) has informed the Albanian government, as per their Production Sharing Contracts, that Blocks 2-3 hold an oil discovery.  Given the success of the discovery at Shpirag-2, this announcement shouldn’t come as a surprise, although it is a positive sign of the initial results from the 30-day tests.  Blocks 2-3 host the Shpirag-2 well where a very large, 800m, oil column was discovered (although they were only able to test 400m of it due to complications with the drilling of the well).  Petromanas is the 25% operator on Blocks 2-3, with Royal Dutch Shell holding the remaining 75%.

As per the terms in their Production Sharing Contract, Petromanas had to notify the Albanian government whether it considered the discovery worth of appraisal as a commercial discovery within 60 days.  The company plans for the Shpirag-3 well, located 3km to the south of Shpirag-2, is expected to be the first well in the appraisal program.  They intend to drill the Shpirag-3 appraisal well following completion of drilling the Molisht-1 well.

“We remain pleased with the initial performance of this well and are eager to begin moving ahead with the design of an appraisal program while drilling of the Molisht-1 well continues,” said Glenn McNamara, CEO of Petromanas. “Once we have analyzed all of the data from the 30-day build up test we expect to be in a better position to make a determination with respect to next steps for the Shpirag-2 well.”

The Company has completed the 30 day pressure build-up on the Shpirag-2 well and pulled the data recorders from the hole. The information indicates the formation has returned to expected reservoir pressures and the data from the 30 day test have been sent for further analysis.

The company’s Molisht-1 well is currently at a depth of 2,200m and has encountered a series of lost circulation zones in the upper carbonate, similar to their experiences with the Shpirag-2 well.  However, these issues have been resolved and the well continues drilling to its target depth of roughly 5,500m.

Petromanas is up nearly 40% since announcing the Shpirag-2 oil discovery: 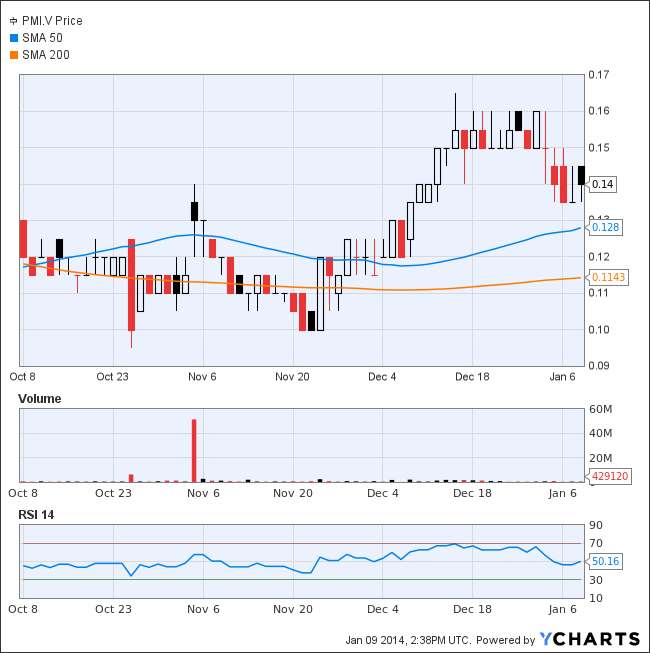