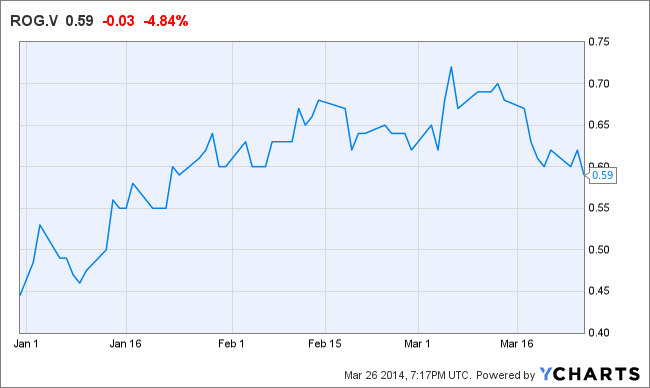 After closing their recently announced ~$29 million bought deal financing, filings show that the London-based private equity firm, Appian Capital, has acquired 21.6 million shares (10.1%) in Roxgold (ROG:TSXV).  The shares were acquired as part of a BMO Capital Markets led $29 million bought deal financing priced at $0.58 per share.  Haywood and Canaccord advised Appian on the transaction.  The proceeds are to be used towards finishing their feasibility study and permitting of their Yaramoko gold project in Burkina Faso. The feasibility study should be complete within the next few months with a project finance package expected thereafter, depending on permitting.  Prior to the closing of this financing, the company was sitting on roughly $12 million of cash.

“Roxgold represents a unique value proposition in the natural resources sector with an attractive asset and a strong management team. We look forward to a long-term partnership to support the company’s development,” added Michael W. Scherb, Appian’s founder. “Our team aims to identify companies and projects capable of generating significant value for our investors and other stakeholders, and we believe that Roxgold represents just such an investment opportunity.”

Although, there has been a lot of talk of private equity ‘circling’ the mining sector, there hasn’t been many transactions to-date.  According to sources at the recent BMO Metals and Mining Conference in Florida, there was a large surge in private equity attendance.  However, even groups like Mick Davis’ private equity backed X2 Resources have yet to announce any deals.

Typically, private equity investors like businesses that are stable, cash flow positive and predictable.  Almost all of those characteristics are rare in the mining business, especially on the junior side.

That being said, some specialty private equity groups have arisen which have specific mandates in the mining space (Appian being one of them).  These groups are drawn to deposits with large margins (and low technical risk), which help reduce the uncertainty of positive cash flows.

If mining companies can prove themselves to be adept operators whereby they repeatedly deliver on guidance and can sustain cash flow throughout the commodity price volatility, then you will see private equity enter the space in a big way (my opinion).  Until then, I believe you will continue to see them ‘interested’, but reluctant to pull the trigger.